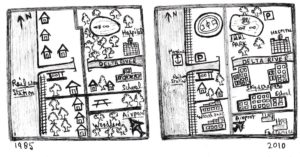 Writing Task 1: Letter to the manager regarding parking facility problem

Write a letter to the manager. In your letter:

I am Liza and I am writing to report the lack of parking facility in our office premises.

I have been working here as a front office executive for almost 3 years. This company is indeed an employee friendly organisation but parking is still a major concern for everyone. Majority of employees prefer private vehicles to commute to work. But, due to no parking space, employees have to use public transport. This is awfully unsafe for the female workers, especially at night.

Moreover, searching for a parking space nearby is a time consuming task for both business clients and employees. As our business is expanding, the number of visitor is also increasing. Hence, the problem of parking is becoming worse day by day

Having no parking zone is a serious problem and this cannot be neglected. Therefore, I would like to suggest some remedial measures to resolve this issue. Firstly, we can provide parking facility on the ground floor of the building by shifting the marketing department to the fifth floor. Alternatively, we can request the municipal corporation to allocate some reserved space for the parking in the nearby area.

I look forward to hearing from you.

IELTS Writing # These days, we are seeing an increasing amount of violence on television, and this is having a negative impact on children’s behavior

These days, we are seeing an increasing amount of violence on television, and this is having a negative impact on children’s behavior.

Do you agree or disagree?

Television and other forms of entertainment have a strong effect in developing the values and influencing the behavior of children. Sadly, the majority of today’s television programs show inappropriate violent content. If watched under adult supervision, this negative impact can also be prevented. I partially concur that violent television programs has a negative effect on a minor’s behavior.

Violence is an everyday occurrence in our society and the way media presents it in every way has a negative impact. Watching frequent violence desensitizes children making them immune to the fear of disturbing activities taking place in the society. Furthermore, youngsters find it difficult to differentiate between the real world and the harsh incidences around. This sometimes attempt to imitate activities broadcasted on the television.

On the contrary, the media and television are considered to be the mirror of the society we live in. Therefore, violent content makes children more conscious and aware of the darker side of society. In this way, children at a young age can think of methods and practices to improve their future. In fact, violence is shown in a more entertaining way so that people can enjoy as well as get a moral which the show is trying to deliver.

To wind up, some people believe that children who are exposed to violent content play more aggressively and have a different type of behavior. But with parental surveillance, the time spent watching TV can be moderated by spending it on more beneficial activities like reading or developing other hobbies.

In many countries, people are moving away from rural areas towards urban areas.

Why do you think that is?

What problems can it cause?

Every year, thousands of people leave their countryside houses to settle in urban centers either within the country or across borders. Some people take this step with the intention of improving their lifestyle whereas, others seek migration when they suffer from a natural or man-made disaster. There are various reasons for the occurrence of rural-urban migration and the problems associated with it.

Most of the people who live in pastoral areas are self-employed in agriculture and farming. With changing climatic conditions, agricultural productivity and farmer’s financial security are greatly affected. The city life not only provides countryside people with better job opportunities but also with superior educational facilities thereby compelling people migrate towards conurbation.

Though rural-urban migration can prove to be advantageous from an individual’s perspective, there are some drawbacks that society has to deal with. With an increased rate of migration taking place, there are negative effects on the agricultural industry of a country because the rural development does not materialize. Having a large population in the cities leads to pressure on the natural resources and the services (health and education) of urban areas. Most importantly, due to the high illiteracy rate in rural areas, people are not suitable for better quality jobs and they end up living in slum areas.

To sum up, rural-urban migration is increasing at an alarming rate. I think the government should take action like providing better employment and services in rural areas so that the countrymen do not feel the need to continuously drift to urban centers.